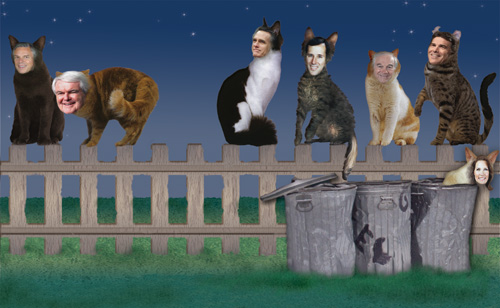 The results for Iowa are in! Five candidates underperformed and two exceeded expectations. There was one casualty as a result of this highly contested contest. Today, Michele Bachmann announced that she was withdrawing from the race after failing to meet even the modest expectations in the various polls. This leaves six cats standing.

The outcome was as follows:

The poll figures cited reflect the composite of multiple polls published by Real Clear Politics on the day prior to the election. Jon Huntsman did not campaign in Iowa. Was Rick Santorum’s 8-point surge for real or was it just a dead cat bounce??

Sledding Towards the Palmetto Primary