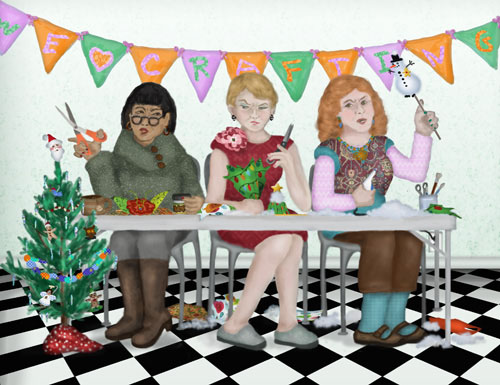 The annual Greenville Holiday Crafting Workshop was going quite well until Julia announced there wasn’t enough nori paste to go around. Things went steadily downhill from that point.